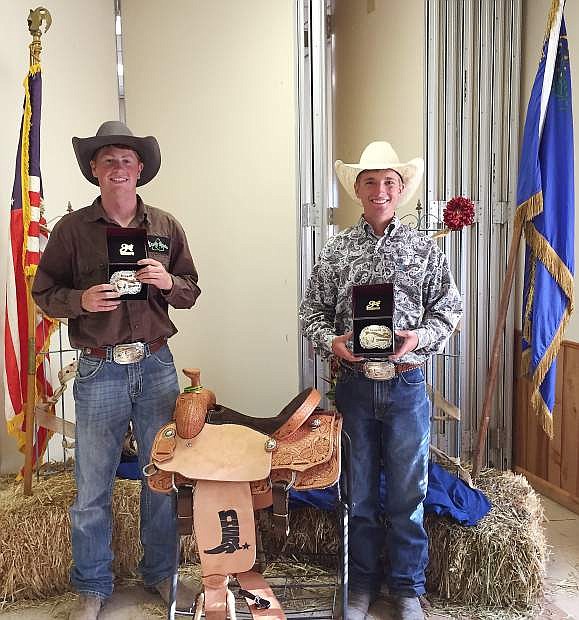 Jake Cerini, left, and Blain Jensen pose for a photo after taking the state title in team roping.