Running for their neighbors 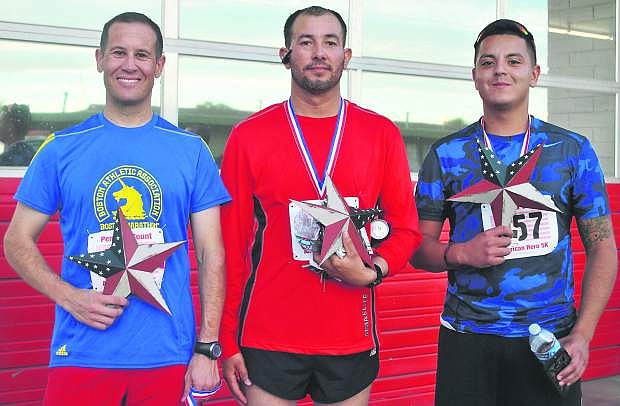 David Dees, left, stands with Gerardo Grifaldo and Alexander Alfaro as the first, second and third place winners of the race respectively.