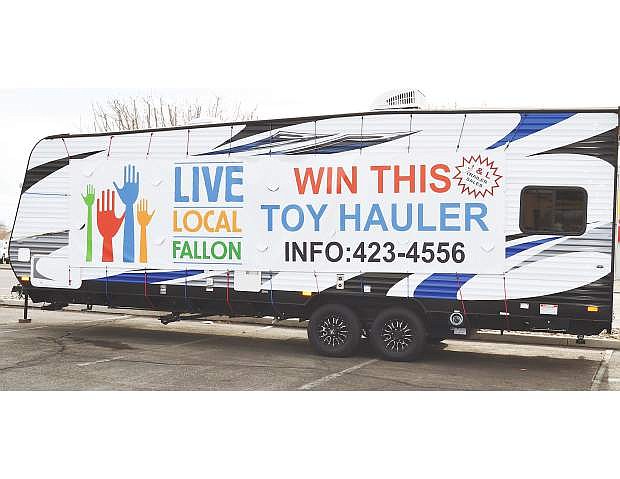 The grand-prize drawing in Live Local Fallon will be conducted on Saturday for a 25-foot, fully loaded T250-SLC Sandstorm Toy Hauler.