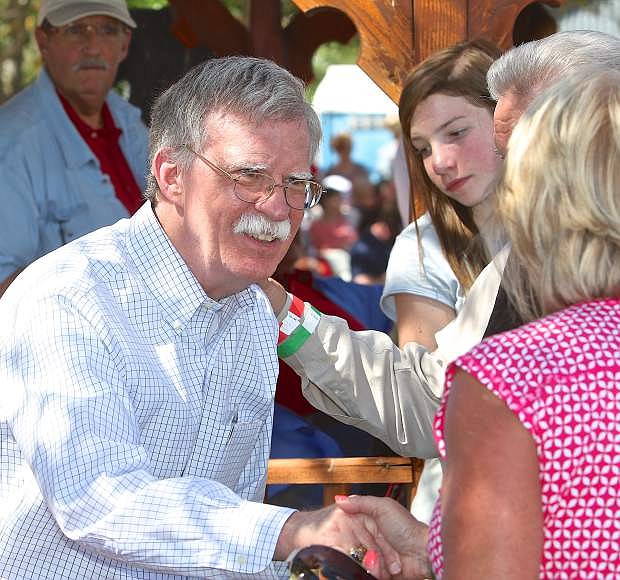 Former Ambassador John Bolton greets a supporter at the Inaugural Basque Fry at Corley Ranch last year. Boloton is scheduled to speak at this year&#039;s event.