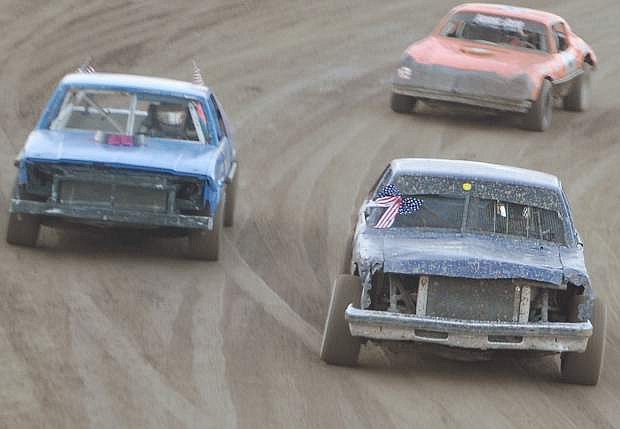 Shayne Robertson, front, leads the pack in the Hobby Stocks during the final day of the Iron Man challenge.