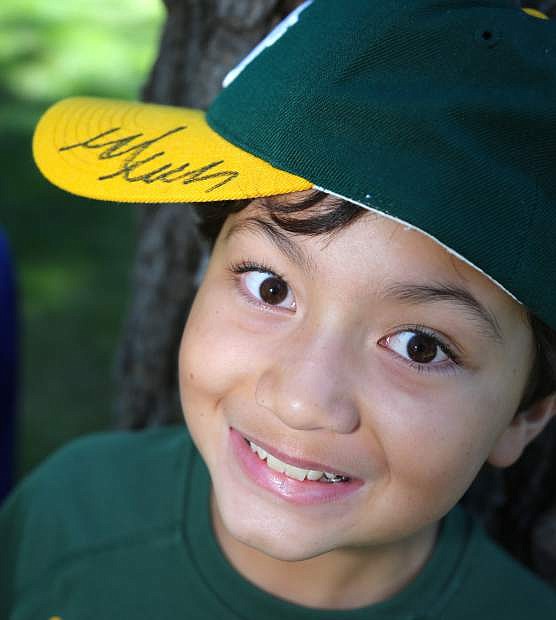 Colton Lokke, 10, is all smiles after former Oakland A&#039;s pitcher Mark Mulder autographed his ball cap on Tuesday at Edgewood.