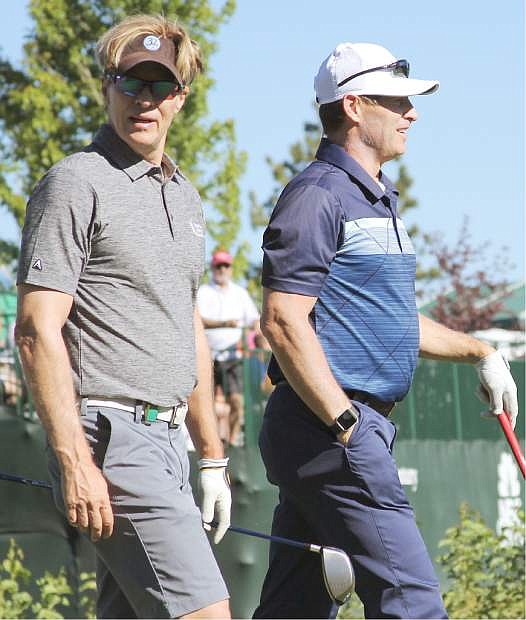 Actor Jack Wagner (left) and Hall of Fame quarterback Steve Young take off from the 10th tee at Edgewood Tahoe during a practice round.