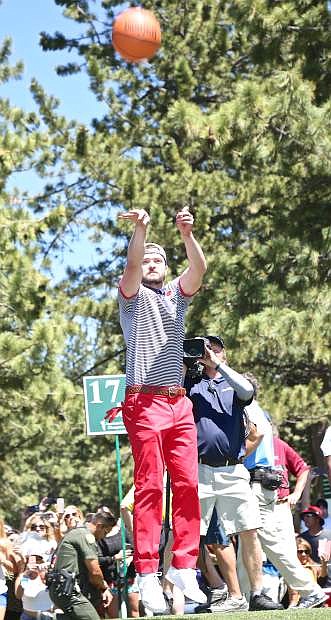 Not to be outdone by Steph Curry, Justin Timberlake takes a shot on a portable basketball hoop set up on the 17th tee Saturday at Edgewood Tahoe.