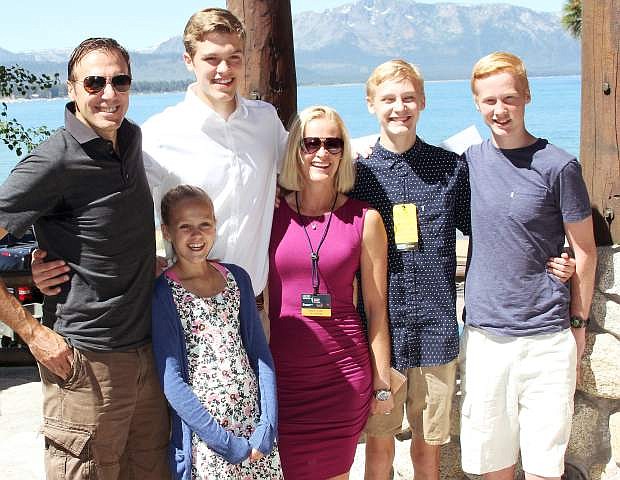 Whittell High student Scott Harrison (second from left) with his family after being awarded the Gene Upshaw Scholarship on Sunday, July 24, at Edgewood Tahoe Golf Course.