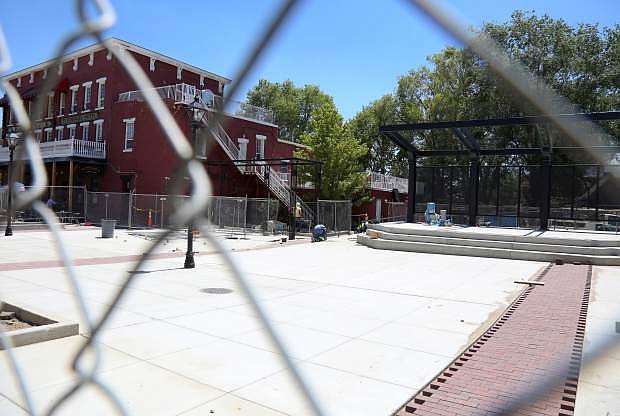 Work continues on the 3rd Street project on Tuesday, but the plaza is set to be opened to the public on Saturday.