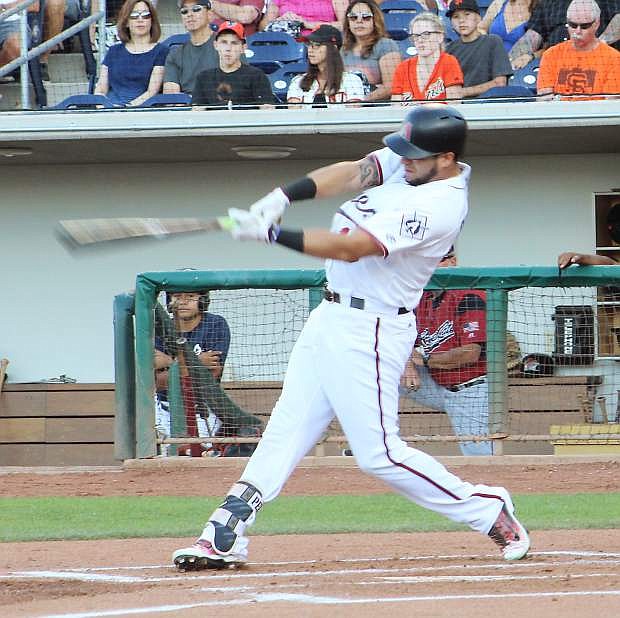 David Peralta, who&#039;s on a rehab assignment from the Diamondbacks in Reno, bats in Thursday&#039;s game.