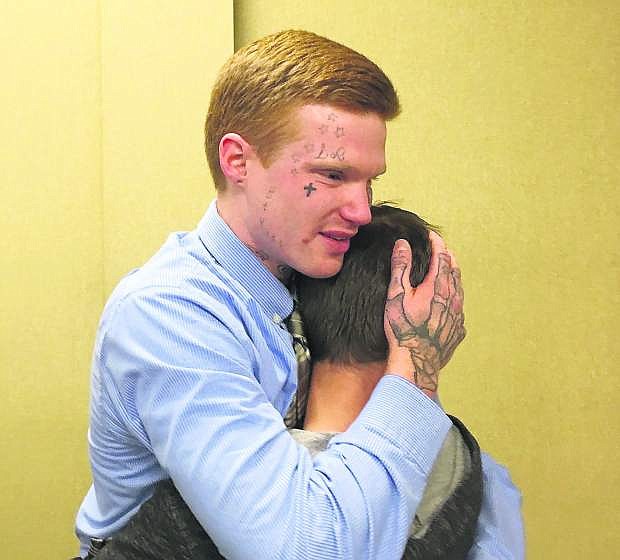 Trent Getty hugs a wellwisher after he was found not guilty in the death of his infant daughter, Ava.