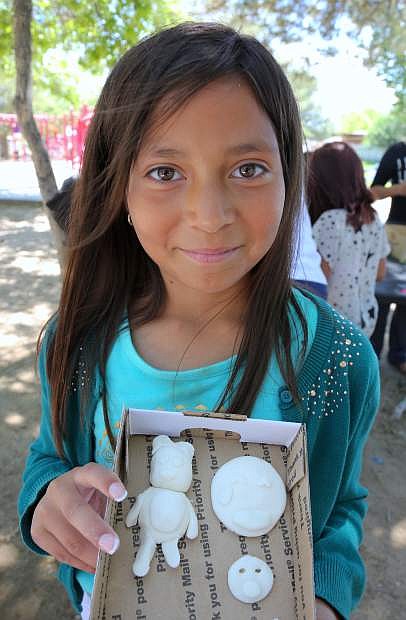 Victoria, 11, proudly displays her clay sculptures she created at the Art in the Park summer program on Monday.