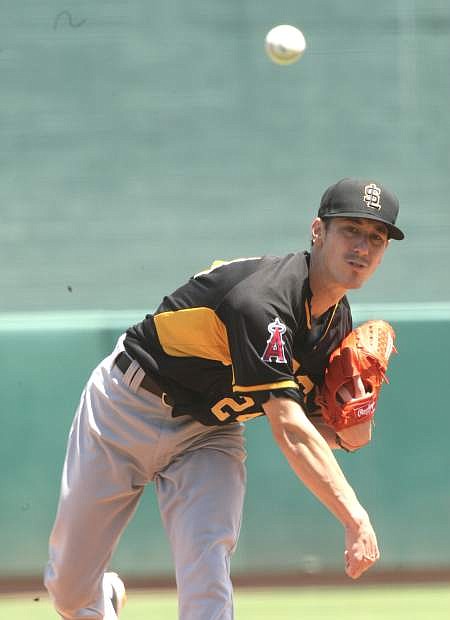 Former San Francisco Giants pitcher, now pitching for the Salt Lake Bees, Tim Lincecum delivers a pitch in a game against the Reno Aces on Tuesday, June 8, 2016, in Reno, Nev.