Wildfire training takes to the air 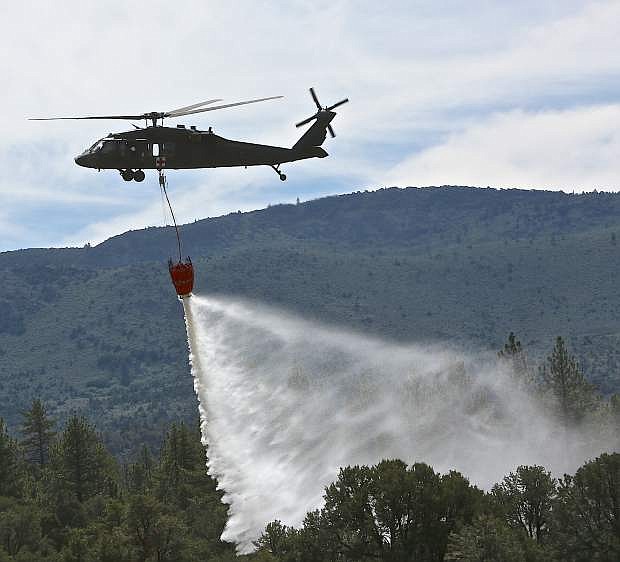 An Army National Guard Blackhawk drops a 660 gallon load of water on a wooded area during fire training Wednesday near Markleeville.