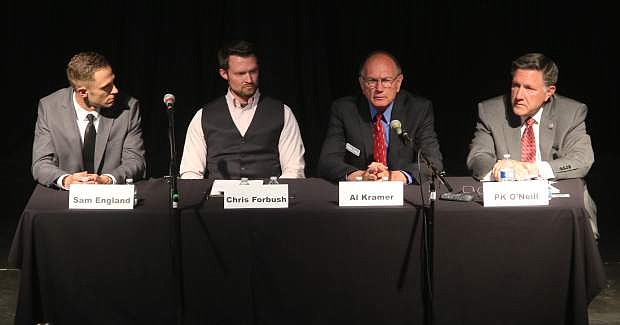 The four candidates running for the Republican nominee for Assembly District 40, from left, Sam England, Chris Forbush, Al Kramer and PK O&#039;Neill answer questions at a forum on Tuesday night.