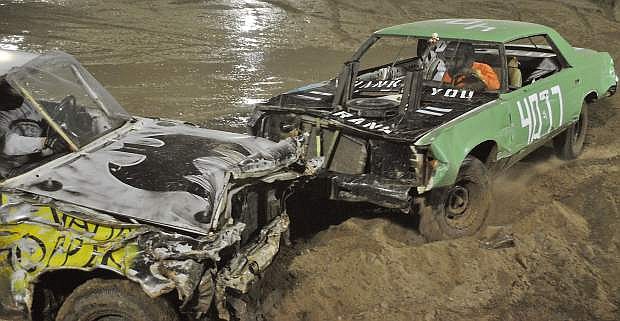 Laurence MItchell, left, is rammed while his casket is torn apart by father/competitor Randall Mitchell in the Demolition Derby on Friday night&#039;s fairgrounds events during Octane Fest.