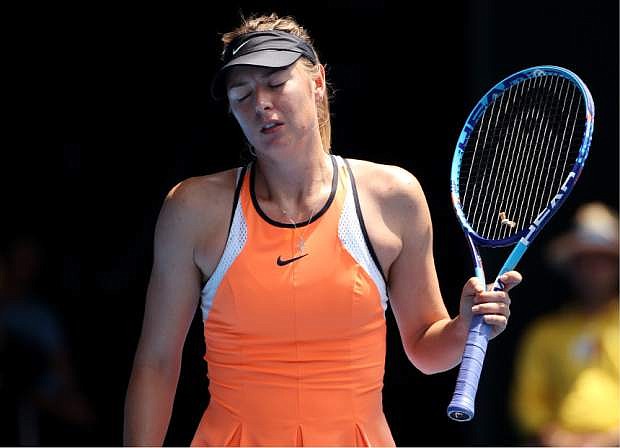 FILE - In this Tuesday, Jan. 26, 2016 file photo, Maria Sharapova of Russia loses a point to Serena Williams of the United States during their quarterfinal match at the Australian Open tennis championships in Melbourne, Australia. Maria Sharapova has appealed her two-year doping ban, Tuesday June 14, 2016, to the highest court in sports, seeking a ruling ahead of the Olympics in Rio de Janeiro (AP Photo/Rick Rycroft, File)