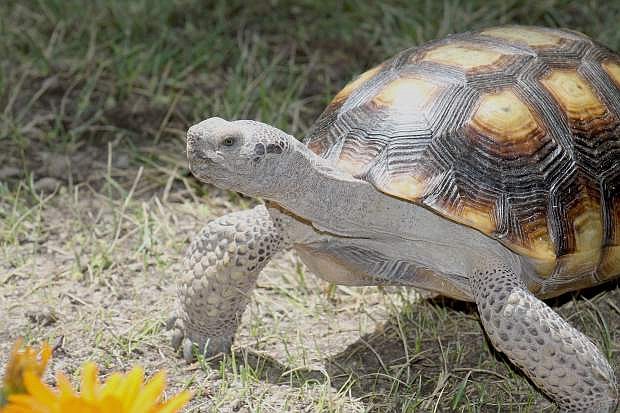 Carson the Tortoise explores his new home Thursday in the backyard of the Governor&#039;s Mansion. Carson was adopted by Governor Brian Sandoval as the new mascot of Carson City.