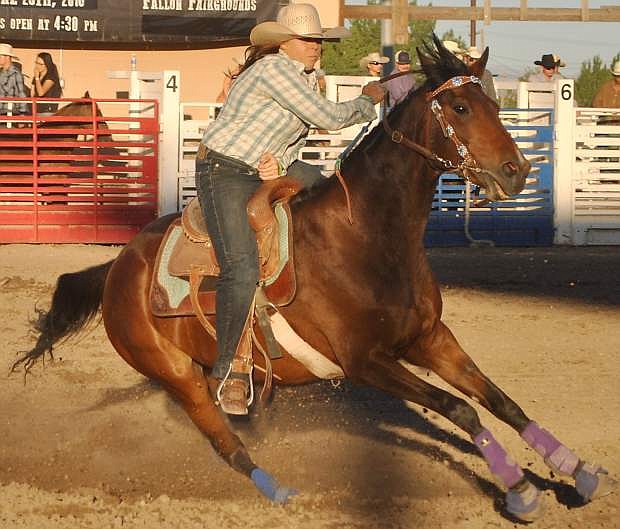 Kelly Quillan picks up speed in the barrel races, one of the most popular attractions of the third annual DeGolyer Buckin&#039; Horse and Bull Bash.