Barracuda Championship Notebook: Brendan Steele at 13-points after ‘nap’ on back nine 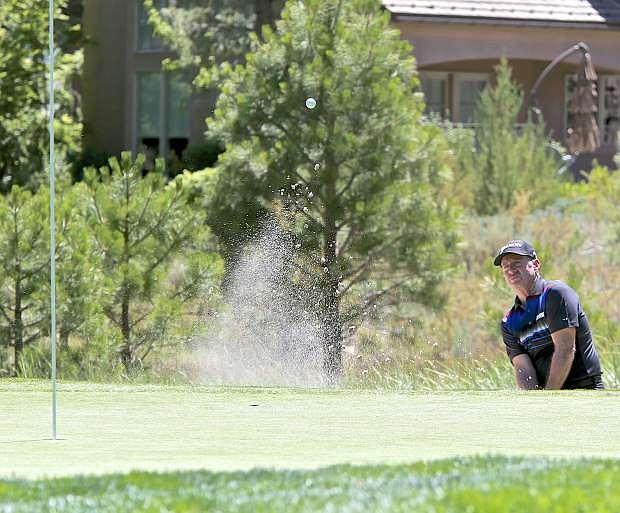 Rod Pampling chips out of a sand trap on the 14th green Thursday during the first round of the Barracuda Championship.