Bystander fails in attempt to save woman; 5 dead 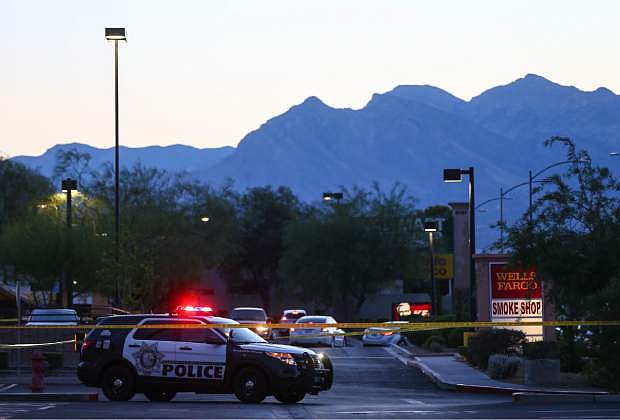 In this photo taken Wednesday, June 29, 2016, Las Vegas police investigate a homicide outside of a Walgreens at Lake Mead and Jones Boulevards in Las Vegas. A man chased and gunned down his wife outside the drug store and killed their three children at an apartment in Las Vegas before apparently shooting himself, leaving five members of a family dead, authorities said Thursday, June 30, 2016. (Chase Stevens/Las Vegas Review-Journal via AP)