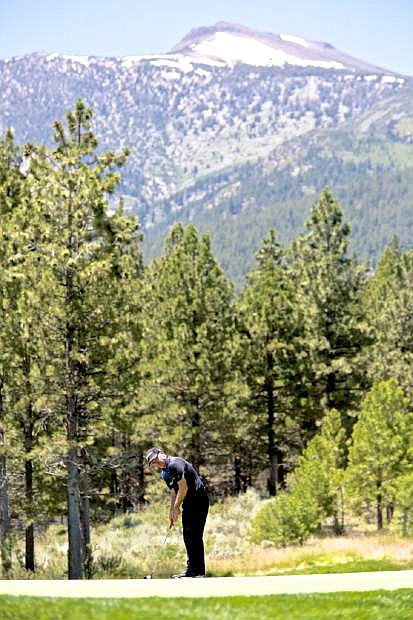 Rod Pampling putts in the shadow of Mt. Rose Thursday at the Barracuda Championship.