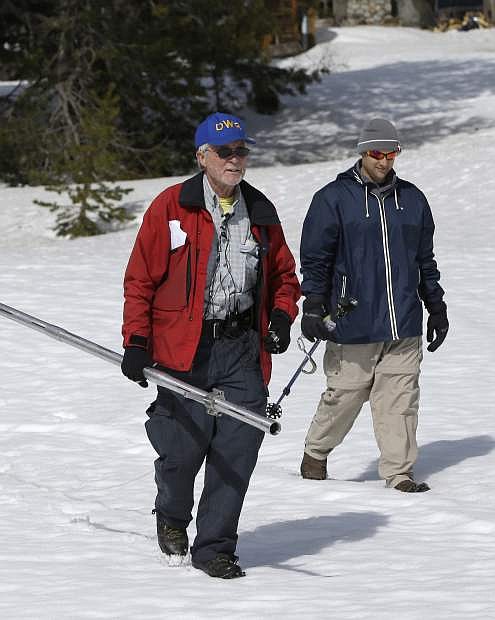 Frank Gehrke, left, chief of the California Cooperative Snow Surveys Program for the Department of Water Resources, accompanied by Brian Brown, of the Legislative Analysts office, cross a snow covered meadow to perform the third manual snow survey of the season at Phillips Station near Echo Summit, Calif., Tuesday, March 1, 2016. State surveyors found Tuesday that a record-breaking warm, dry month of February ate away at what had been a well-above normal Sierra Nevada snowpack. (AP Photo/Rich Pedroncelli)