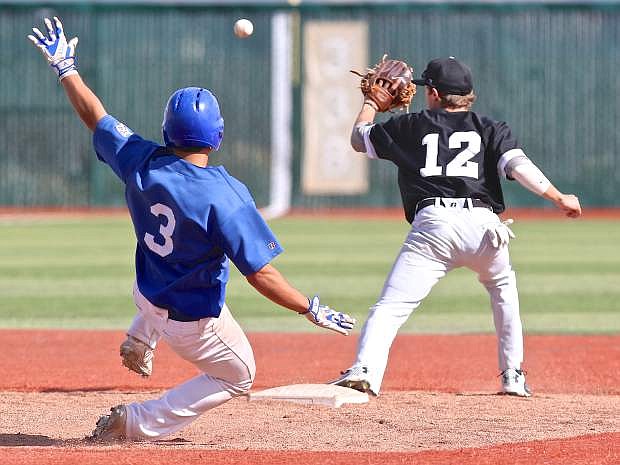 David Modler (3) slides in to 2nd base in a game against Southern Idaho Thursday at WNC.