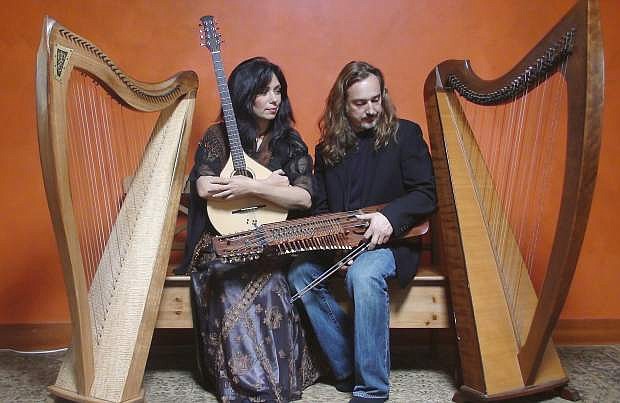 Harpists Lisa Lynne and Aryeh Frankfurter are stopping in Carson City to share their music of Celtic and Swedish roots.