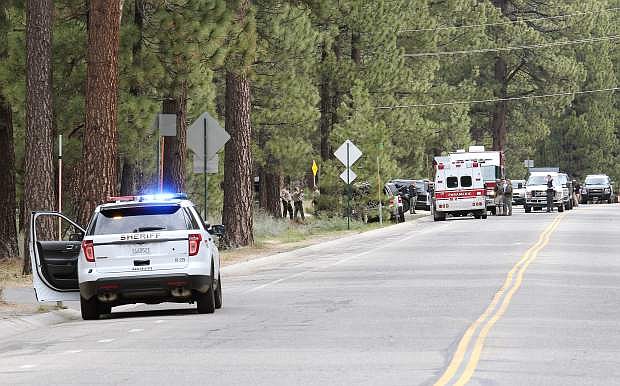 Police and first responders cordoned off the area around the El Dorado County Superior Court Wednesday, May 4, to investigate a suspicious plastic device found outside the courthouse.