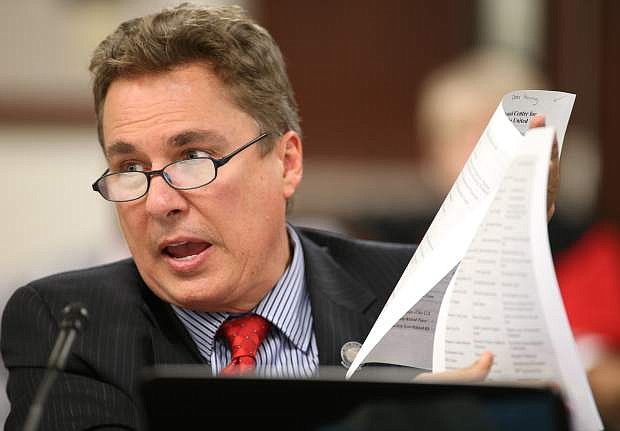 FILE - In this Wednesday, April 1, 2015, file photo, Nevada Assemblyman Brent Jones, R-Las Vegas, makes a presentation during a hearing at the Legislative Building in Carson City, Nev. A Catholic woman who was fired from her job at a bottled water company led by Jones filed a federal lawsuit against the business, alleging she was pressured to watch videos on Scientology and was denied pay raises because of her religious beliefs. (AP Photo/Cathleen Allison, File)