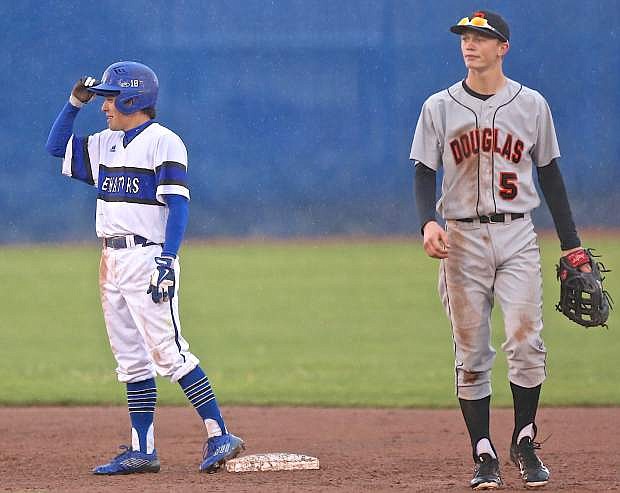 Carson&#039;s Cody Azevedo salutes the bench after ripping a double that brought in 3 runs early in the game with Douglas Thursday.