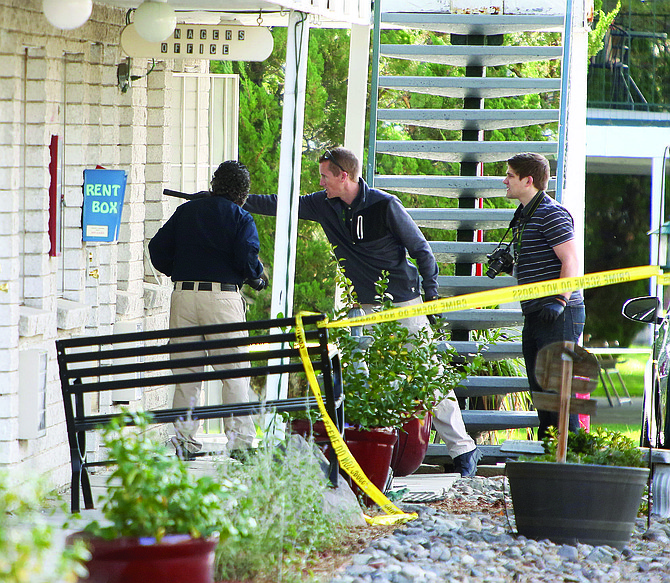 Crime scene investigators arrive at the Senator apartments on Tuesday morning to investigate the site of a fatal shooting.