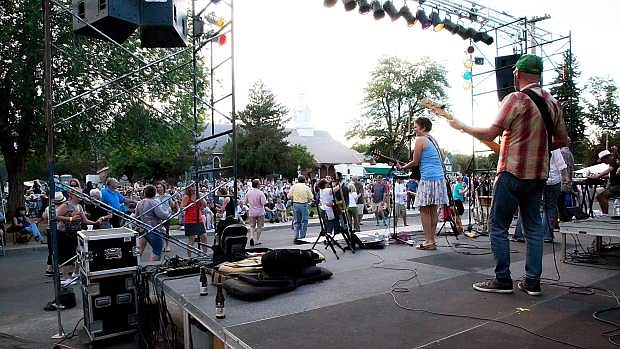 Mumbo Gumbo performs in the free concert series presented at the Brewery Arts Center. The public is needed to vote online to bring the series back to the capital city next summer.