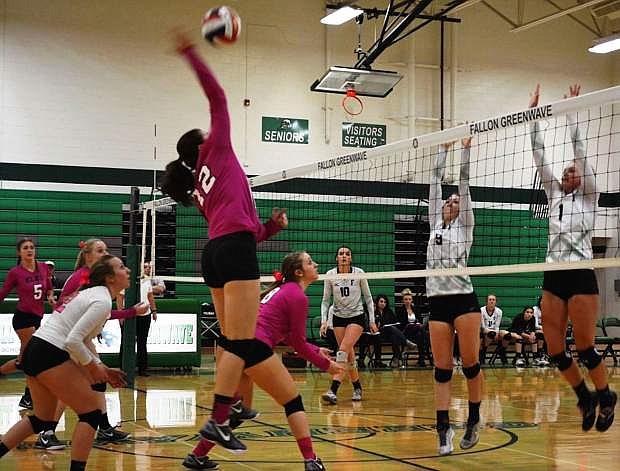 Kaitlin Rizzo (12) of Elko goes up for a shot against Fallon in a match played in late October.