Season comes to an end for Carson 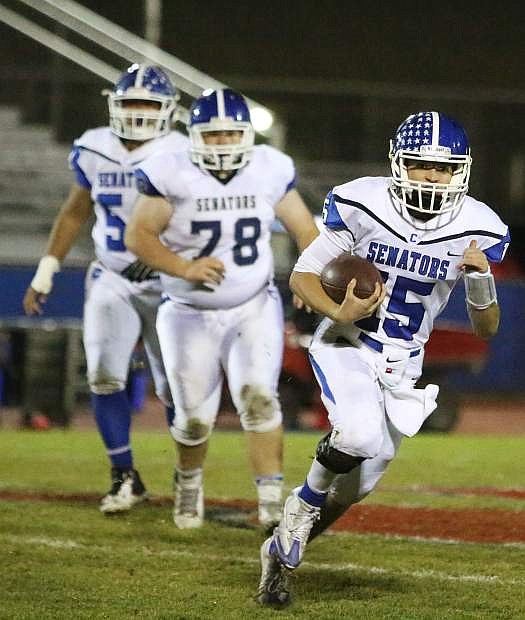 Carson quarterback Daniel Morrison looks upfield during a scramble in the second half of Friday&#039;s playoff loss to Reno.