6 electoral votes up for grab in Silver State 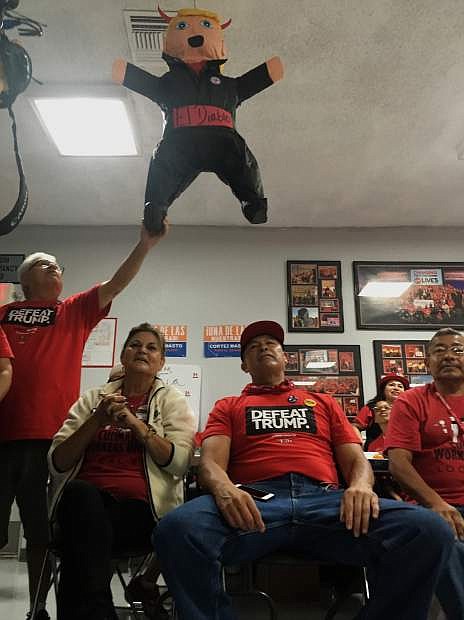 Members of the Culinary Workers Union Local 226, cheer during a rally under a Donald Trump pinata in Las Vegas Monday, Nov. 7, 2016. Voters in swing state Nevada will play an outsized role on Tuesday when they decide whether Hillary Clinton or Donald Trump should get their six coveted electoral votes. The state also has seen a high number of Latinos vote early where Democrat Catherine Cortez Masto is trying to become the nation&#039;s first Latina senator. (AP Photo/Russell Contreras)