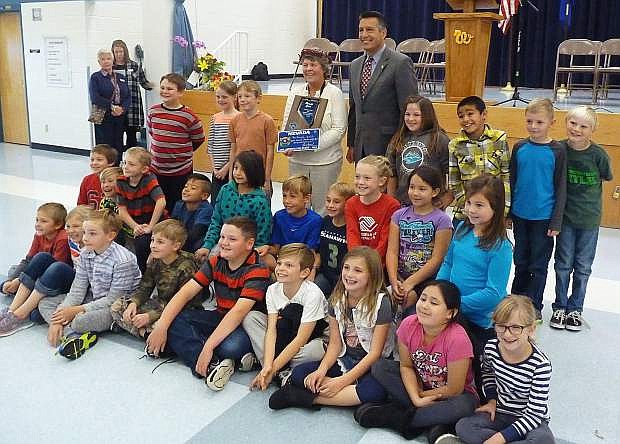 Gov. Brian Sandoval, Nevada teacher of the year Pam Ertel and her class at Minden Elementary School on Friday.