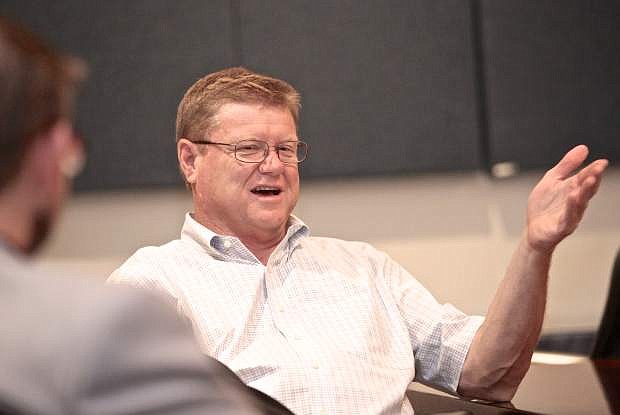 Republican Congressman Mark Amodei sits down for a chat at the Nevada Appeal office Thursday.