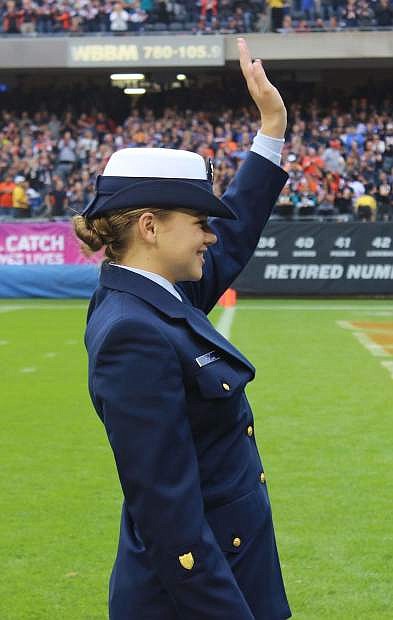 Fallon&#039;s Amanda Wolf, a graduate of Churchill County High School serving with the U.S. Coast Guard in Chicago, was recently honored for saving a 2-year-old child who almost drowned.. The Chicago Bears also recognized Wolf for her heroic deed.