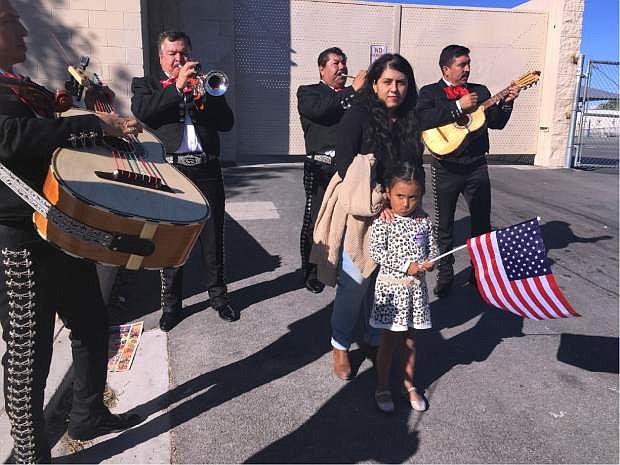 Jacqueline Lima, 20, walks with her four-year-old sister, Karla, holding an American flag, and gets serenaded by a mariachi group after Lima voted for the first time, Tuesday, Nov. 8, 2016, in Las Vegas. Immigrant advocates in Las Vegas worked to get more U.S.-born Latinos to the polls on Election Day as early voter numbers suggest a surge in Hispanic voters. Lima voted for Democrat Hillary Clinton. (AP Photo/Russell Contreras)