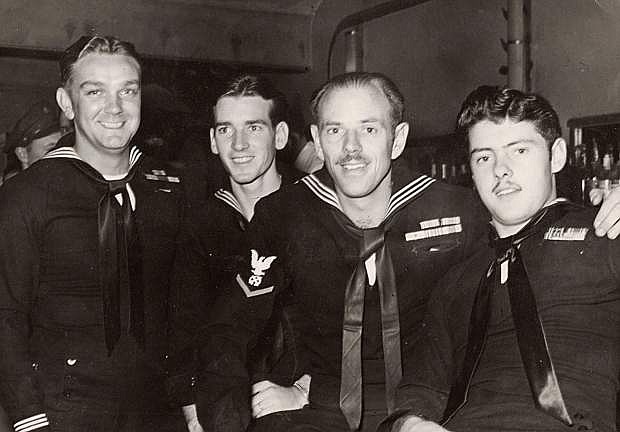 Jack Wolfe is the third handsome sailor from the left relaxing with three of his shipmates in the Pacific Theatre of Operations during World War II.