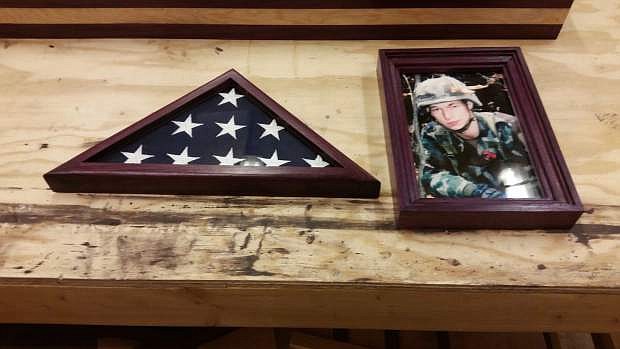 The second step included the placement of the flag and photo.