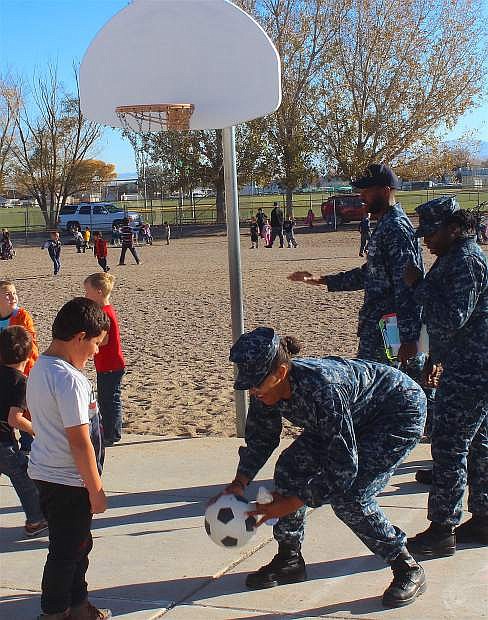 Navy service members entertain Lahontan Elementary School students during the breakfast the school hosted for service members, retirees and their families in honor of Veterans Day.