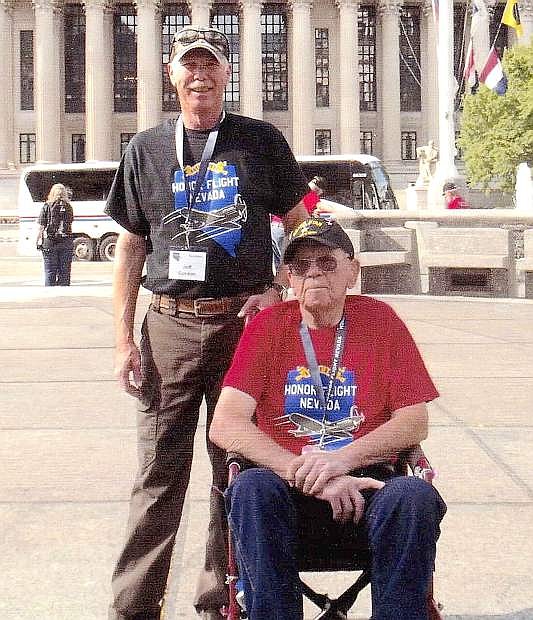 Luther Gordon, front, who served during World War Ii ad fought at the Battle of the Bulge, traveled to Washington D.C. earlier this year with his son Jeff on a Honor Flight Nevada trip.