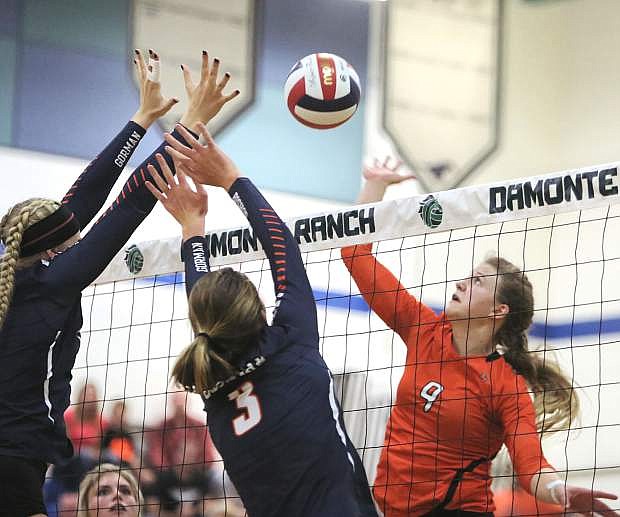 Douglas&#039; Isabelle Peterson smashes the ball past a pair of Bishop Gorman players Friday at the state tournament.