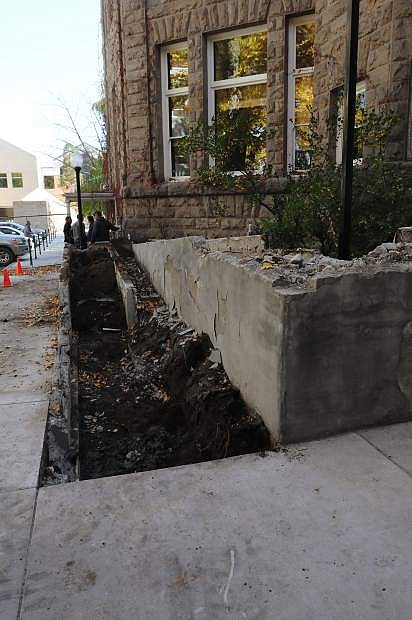 Workers continue to work on an ADA compliant ramp to enter the Capitol building in Carson City. The new ramp will be four feet wide upon completion, which is expected in mid-December.