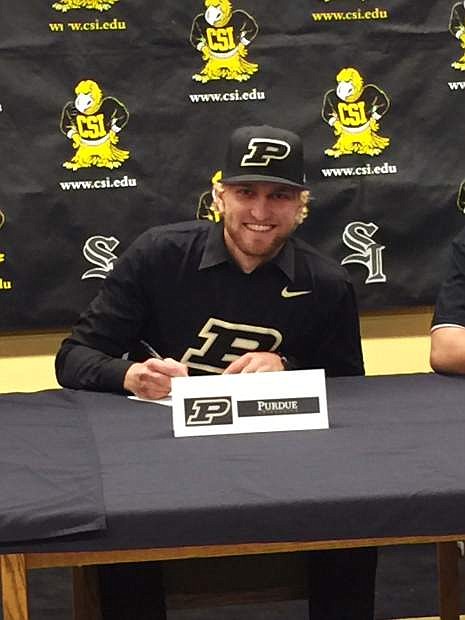 Alec West-Guillen has signed to play baseball at Purdue.