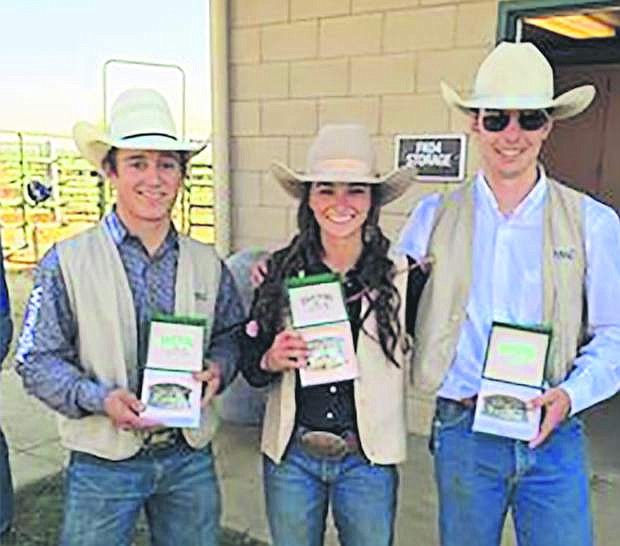 From left are WNC rodeo team members Clayton Biglow, Courtney Woods and Quincy Crum, who all performed well at the last rodeo..