Defense in the paint key for Nevada vs. OSU 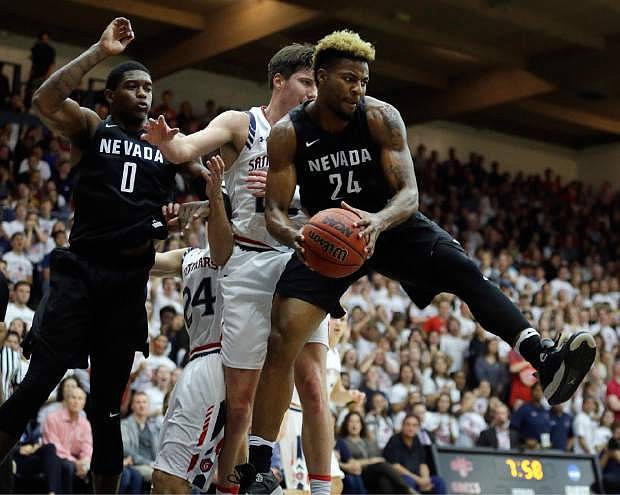 Nevada&#039;s Jordan Caroline, right, pulls in a rebound next to Saint Mary&#039;s Joe Rahon during the first half of an NCAA college basketball game Friday, Nov. 11, 2016, in Moraga, Calif. At left is Nevada&#039;s Cameron Oliver. (AP Photo/Ben Margot)