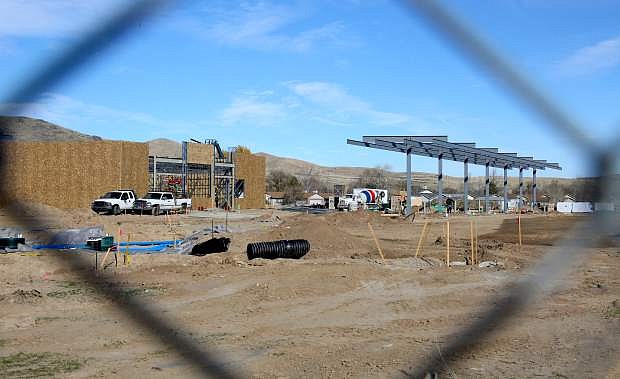 Construction continues on the Maverik gas station on Highway 50 east.