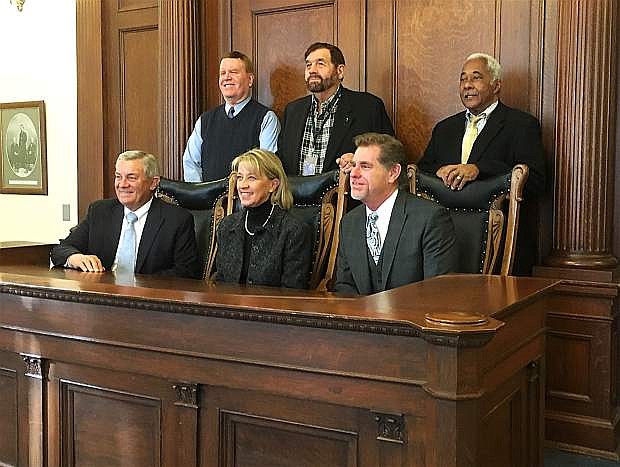 Justices of the Nevada Supreme Court pose with Secretary of State Barbara Cegavske in the old Supreme Court room at the Capitol after canvassing the General Election vote, making the results official on Tuesday.