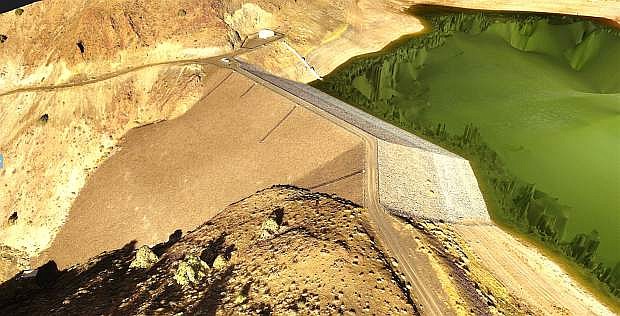 The Phantom 4 drone was used to produce three-dimensional images of the Brunswick Canyon dam and reservoir where Carson City stores its reclaimed water in the winter.